Home » MJS wants to put an end to DIY

MJS wants to put an end to DIY 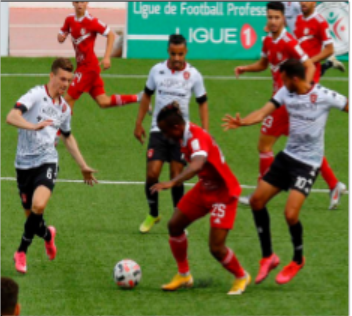 Another page of professionalism in football is heating up. He’s about to deliver his new arrangements. What will happen to those who are carefully studied, studied, analyzed, studied? His answer was given by the Ministry of Youth and Sports in 2021, and he himself considered that “the professionalism adopted for over ten years did not meet the expectations”.

Do it yourself
Abderrezak Sebgag, the current Minister of Youth and Sports, makes the same observation. He decides to go for an urgent reform with the failures seen where the inadequacies and irregularities recorded at all levels, financial, organizational, economic, educational, sports projects, have stopped. In this context, the Minister announces that the draft revision of the methods of practicing professionalism in Algerian football will be submitted to the government for acceptance at one of its next meetings.

The question is asked, when will professionalism happen?
Where does state aid go? It is certainly not the minister who is asking this question, but the professionals, including the fans, who have been forced to become football experts. Marketing ignorance distorts the grade and sends teams back to practice locker rooms. Otherwise, how to explain that the only major concern of sports leaders of clubs is the results of the team. Why is communication and marketing not one of the fields of activity of sports clubs?

Is there incapacity on the part of the managers?
Too much spending, too much waste characterizes the functioning of clubs. The broken silence reveals the inadequacies and perhaps the inability of some managers to manage and put on a good show marks their inability to set an example for other sports clubs. Observation is painful, everyone is doing it and those concerned seem to ignore it. While condemning this financial aid of more than 4 billion DA allocated to professional clubs, the minister said, expenditures are at the level of 299 million DA, which constitutes a surplus in the account. The rest was paid to the Treasury at the end of last year,” he said.

Project with government soon
Before the Finance and Budget Committee of the National People’s Assembly, the minister will confirm that “the project on the review of professionalism in Algerian football has been submitted to the government for adoption at one of the next meetings.” It should be noted that professional clubs are managed by joint-stock sports companies, which are the main shareholders of the club. The Minister intends to act in accordance with the criteria of professionalism in football in the face of negligence.

FIFA is increasingly demanding
This question “caused the State to interfere with the professional file, which put him under pressure from some professional clubs, especially his supporters, hence the necessity to reconsider an approach to professionalism in Algeria”. . We should not forget the “State public support fund for professional clubs, which was closed at the end of last year”. “The decisions of the International Football Federation and the African Football Confederation require the fulfillment of financial, legal and administrative conditions and do not specify whether it is a sports company or another company,” the minister said. Said.

The aforementioned Taxation and Social Insurances
Professionalism in Algerian football was launched in 2010 with the participation of 32 clubs spread over two levels: Ligue 1 and 2 (16 clubs per level), adding that professional clubs have not paid any sums since then. to the public treasury in relation to taxation and social insurance.
H. Hichem and the Agency